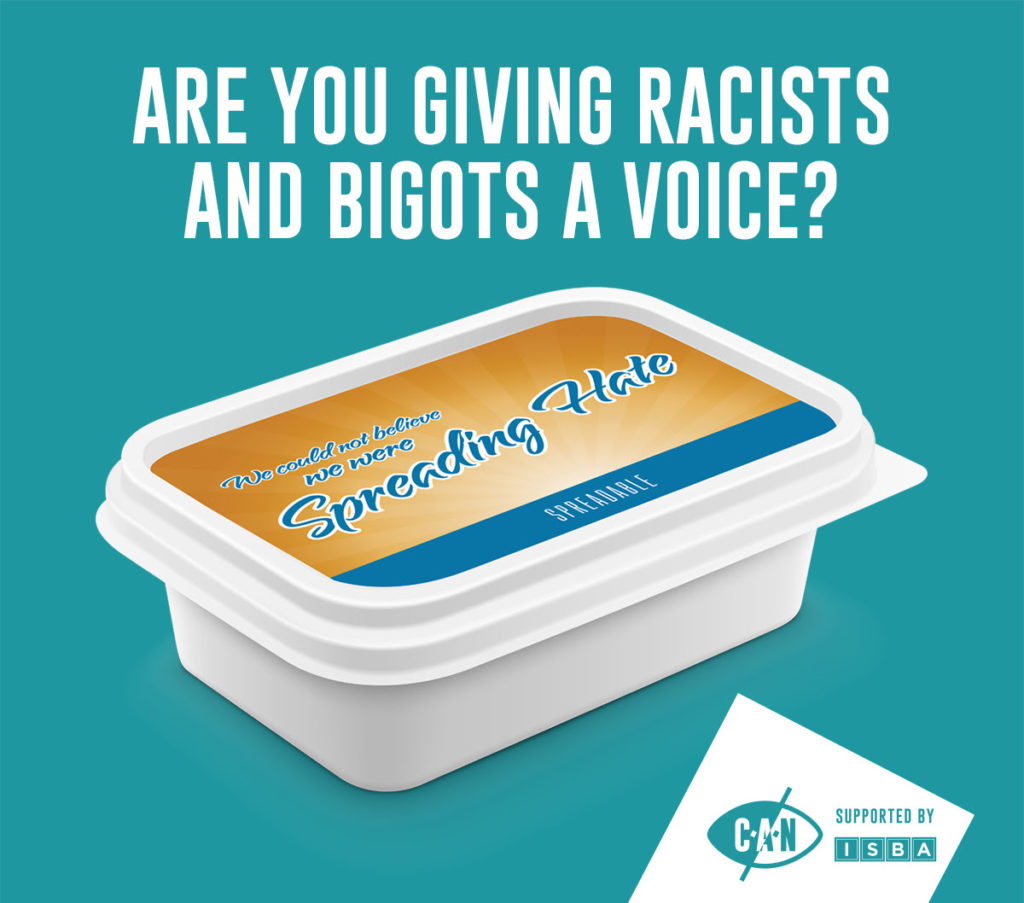 When we launched Stop Funding Hate in 2016, the Daily Express were running anti-migrant front pages almost every week, with the Sun and the Daily Mail not far behind. We were also regularly seeing toxic headlines overtly demonising other minority groups.

Since then there have been some significant changes. While there’s still a way to go, we’ve seen a marked fall in the number of anti-migrant front pages, and a reduction in some other forms of hateful content.

Attitudes to migration are changing

This drop in anti-migrant media coverage has been matched by a softening of public attitudes. With hostile stories no longer appearing so regularly on newspaper front pages, it’s perhaps no surprise that we’ve started to see a more positive view of migrants among the wider public.

Feedback from within the media industry suggests that Stop Funding Hate supporters played a significant role in bringing about this change.

Building change for the long term

But how can we help ensure that this improvement is sustained over the long term? And how can we continue this progress by tackling other types of problematic media coverage?

We think the key is to build a culture where it becomes normal for brands to apply a basic set of ethical principles to their advertising – and proactively avoid funding media outlets that fuel hatred.

The world spends over £400 billion every year on advertising. In the UK alone, that figure is more than £23 billion. If even a fraction of that money could be redirected away from media that fuel hatred, and towards those that report accurately and fairly, this could have a transformative effect.

If “ethical advertising” becomes as widely adopted as other business ethics initiatives – such as Fair Trade, the Living Wage or the Fair Tax mark – this could help make hate unprofitable for good.

Now Stop Funding Hate is one of over 30 organisations supporting the Conscious Advertising Network (CAN), which officially launched in June 2019 .

The Network’s overall aim is to help “the ethics catch up with the technology” of modern advertising.

Stop Funding Hate helped to draft the CAN voluntary code on hate speech. Brands who sign up commit to “Endeavour to avoid advertising with media outlets that fuel hatred on the grounds of race, religion, nationality, migration status, sexuality, gender or gender identity, disability or any other group characteristic”.

Crucially, the Conscious Advertising Network is strongly backed by ISBA, the trade body representing over 70% of UK advertisers. The UN have also been supportive, seeing a strong alignment between CAN and the principles outlined in the new Global Compact for Migration.

A growing alliance of civil society groups is backing CAN, including the National Union of Students and Show Racism the Red Card.

A number of brands have already signed up, including the Body Shop, Accenture Interactive, Ecover, Method and Kind.

But to bring about systemic change, we’ll need a “critical mass” of companies to sign up and apply the CAN principles, until we reach the point where publishing hateful stories is no longer profitable.

Stop Funding Hate supporters have already achieved significant change in the UK press by persuading the companies we shop with to stop advertising with hateful media.

Now consumer engagement will be vital in persuading more companies to sign up to the Conscious Advertising Network.

Being a consumer gives each of us a voice – and we’ve seen that when consumers speak out, advertisers will respond.

If enough of us now use our voices as consumers to persuade more brands to join CAN and adopt the CAN principles, this could be the key to making hate unprofitable.

1. Encourage your phone company to join CAN

Now the Co-op have said they are considering joining CAN as a way of complying with the terms of that motion. So this is a crucial moment – and engagement by Co-op customers could be vital in moving things forward.

If you’re a Co-op member or customer, please email the Co-op Members Council at council@coop.co.uk urging them to help ensure that the Co-op lives up to its ethical traditions – and respects the terms of the 2018 AGM motion – by joining the Conscious Advertising Network and applying the CAN principles.

3. Support CAN on social media and help to spread the word

4. Donate to help build the campaign and get more companies on board

Together we’ve brought about significant change in the UK press – but there is a way still to go.

Your donation can help ensure that this positive change is sustained – and widen the impact of our campaign.

It will also help us build on the huge progress we’ve made with the United Nations, in establishing ethical advertising as a global business ethics norm.

A huge thanks to everyone who’s helped the campaign get this far!