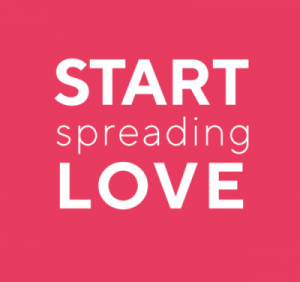 #StopFundingHate and #IamHere are asking groups to come together to send a message of unity and empathy this Valentine’s day. This action is inspired by the new #ExtinguishHate campaign, formed by one of the men who confronted the London Bridge attacker with a narwhal tusk.

Across Europe and around the globe, hatred and extremism have been surging, fueled by toxic and hateful messages both online and in the traditional media. Messages that are being funded by advertising.

Using our power as consumers

But all over the world, hundreds of thousands of people have been speaking out and pushing back. Movements like #IamHere, Sleeping Giants and #StopFundingHate are showing that popular action makes a real difference when we organise together and use our power as consumers and online citizens.

The Valentine’s Day, we want to get behind the #ExtinguishHate message and urge brands to take action.

Key goals for the action

Empathy – to speak out en masse to show support & solidarity for all those affected by hatred, terrorism and extremism

Positive solutions – to call for practical action by urging advertisers not to fund websites that fuel hatred, polarisation and division

The key action is to use the #ExtinguishHate hashtag on February 14th and encourage everyone in your networks to do the same. You can use the hashtag to highlight the work that your organisation is doing to challenge hate and discrimination, and/or to support the wider action that #StopFundingHate and #IamHere will be running on the day.

For those organisations who are able to support the more specific #StopFundingHate / #IamHere action, we’ll be encouraging people to tweet brands whose advertising appears alongside hateful and inflammatory online content, to let them know what their money is supporting and urge them to #ExtinguishHate by pulling their advertising from those websites.

Look out for our tweets and posts on Valentine’s Day!